I’ve told you I’m a science nerd as well as a Tarot geek right? Well, I’m all excited because NASA has discovered hidden portals in the Earth’s magnetic field. How mind blowing is that!

According to the Collective Evolution website, the portals are places where the magnetic field of Earth connects to the magnetic field of the Sun. This creates an uninterrupted path leading from our planet to the Sun’s atmosphere 93 million miles away. Most of the portals are short-lived, opening and closing dozens of times each day, yet others are giant, vast and sustained.

NASA is still unclear as to what they actually are. As far as scientists can determine, they aid in the transfer of magnetically charged particles from the Sun causing the northern and southerns lights and geomagnetic storms. But what if they transfer something more? Alien life perhaps? Cue spooky music. Do-do-do-do-do-do-do. The funny thing is, from time immemorial the sun has been seen as a giant star gate for ‘the gods’ to pass back and forth from other dimensions and universes.

I’m filing this under these cards: 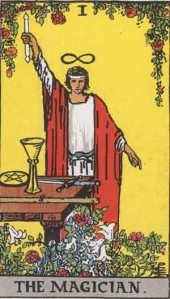 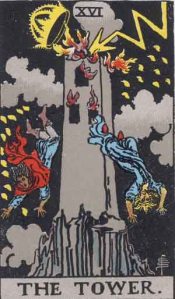 The Magician + The Tower: Science fiction inspiration being validated by a scientific breakthrough.

Does anyone else feel as excited as I am at the possibility of science fiction becoming reality?