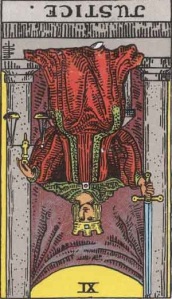 I received a depressing letter from my local council today. A developer whose housing plans for my suburb have been rejected umpteen times is appealing yet again to the state umpire. Each time the developer appeals the plans are changed to the minutest degree. But each time they appeal their opposition grows weaker. The enemy has deep pockets. They can afford to pay lawyers to write letters and stand up in court for them for years. While their opposition, made up of local families with ordinary jobs, runs out of money and steam. Yet we are the ones who actually live in the place. We are the ones who will be affected. But that’s the way the system works. It’s not a question of justice. The winners are the ones who can keep punching in court the longest. Who can take advantage of a justice system in which you seem to have an endless right to appeal. And where is the real justice in that?

Have you suffered at the hands of a Deep Pockets in court?